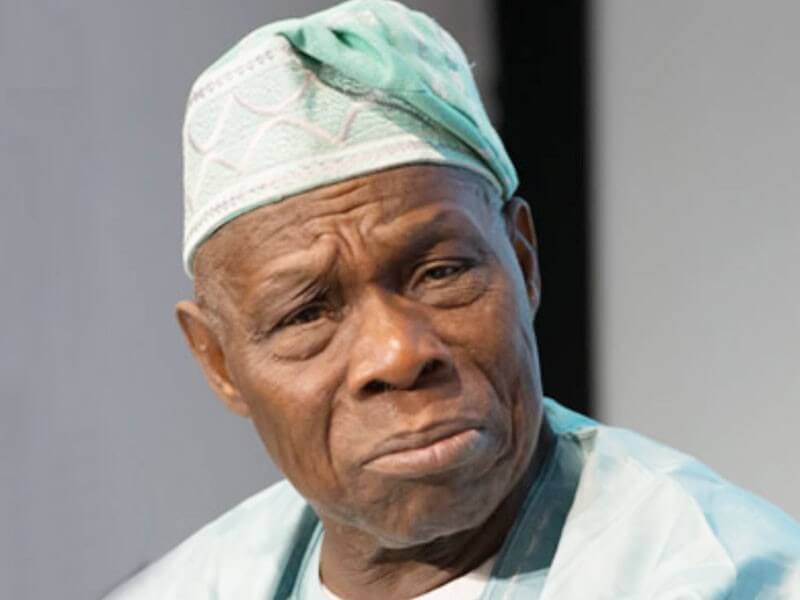 A mild drama occurred weekend at Sangotedo Community in Eti-Osa Local Government Area of Lagos State, as suspected land grabbers fled on sighting the convoy of former President Olusegun Obasanjo, who stormed the area to stop alleged encroachment on his ‘land’.

The suspects were reportedly part of a syndicate who had the backing of an influential person in the state, and also had the support of police officers, a development brought to the notice of Mr. Obasanjo some months ago.

The visit of the former president, it was gathered, was a relief to the residents, having been under incessant attacks by a suspected land grabbing syndicate.

A large part of the land reportedly belonged to the former president. PREMIUM TIMES could not immediately verify this information.

A chief in the community, Adebayo Eniola, told Mr Obasanjo that the alleged influential personality behind the attacks claimed ownership of the land for the last 10 years.

Mr Eniola who received Obasanjo’s entourage in company of other residents said the coming of Mr Obasanjo would douse tension, as well as keep the land grabbers and their sponsor in check.

“The coming has doused tension, as you can see with the large turnout of residents here waiting to see the real owner of this land. Let me quickly tell you that the land was purchased about 40-50 years ago from the original land owners, who incidentally are also relations of Baba (Obasanjo),” he said.

Mr Eniola, who was instructed by Mr Obasanjo to speak with journalists said “the acquired areas started from Egan Mopo kekere, Egan Mopo Nla (Akinlade), Ogonbo (Asorobi family) to Toromade (Akinlolu family) sharing boundary with Okun Ajah all between Ibeju Lekki and Eti-osa local governments. The records are there.

“But, when development started spreading towards here (Ibeju-Lekki) and this was just about 10-15 years ago, we started seeing some people bringing buyers, with claim that they are from the powers that be in Lagos Island,” Mr Eniola said.

“To make matters worse, any time they wanted to come and encroach on the land, they will come with large presence of armed policemen, shooting sporadically to scare people. This has been creating fears and tension in the residents. I reported the matter to Baba and he assured that he will personally come. So, I informed everybody, that is why you see this crowd,” Mr Eniola said

He added that with Mr Obasanjo’s visit, “my people here will have rest of mind from incessant harassment of these powerful land grabbers.”

Meanwhile, one of the mobile police officers identified as Wale Animasaun while speaking said they (policemen) were drafted by the Area Commander to the area to “forestall break down of law and order.”

Land Grabbers Obasanjo
previousCrucial documents that you must be very strict with when buying a land.
nextWhat You Need To Know About Land Sizes and Measurements

SMART WAYS TO PREPARE FOR RETIREMENT THROUGH REAL ESTATE INVESTMENT

SMART WAYS TO PREPARE FOR RETIREMENT THROUGH REAL ESTATE INVESTMENT. Retirement in life is inevitable, but not everyone are prepared for it. As humans advance in age, productive energy dwindles, and bills must be paid...
Read more
June 1, 2021

The Future Plan Of Epe And Why You Must Get Involved

It is no longer news that Epe holds within Itself The Future of Lagos in terms of investment. WHY EPE? Have you driven past Epe area of Lagos lately? – Have you noticed the beehive...
Read more